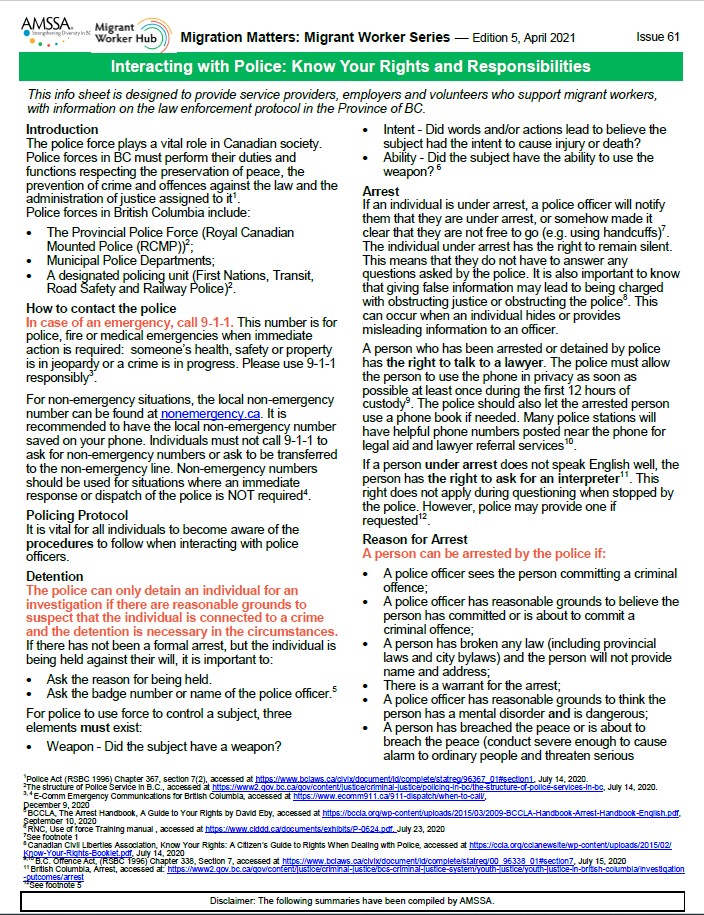 The police force plays a vital role in Canadian society. Police forces in BC must perform their duties and functions respecting the preservation of peace, the prevention of crime and offences against the law and the administration of justice assigned to it.

Police forces in British Columbia include:

Learn more about how to interact with police as well as your rights and responsibilities during the interaction with police force in this info sheet.

Keep in touch with us!